【Healthcare Drinks Taipei】Going public in the US, HK or Taiwan: which is the best? 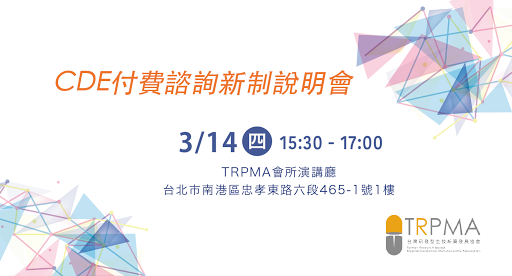 The third “Healthcare Drinks Taipei” will be held at 17:30, October 26th. We’re honored to invite Dr. Carl Firth, the Founder and Chief Executive Officer of ASLAN Pharmaceuticals, to share his insights of global fundraising strategy by the topic of “Going public in the US, HK or Taiwan, Which is the Best”. Dr. Firth will share his view on which exchange is best for listing in the current environment. He has spent the last two years managing the process for listing ASLAN pharmaceuticals on multiple exchanges.

Please join us with your friends to meet more friends and share experiences here. See you on October 26th!

The event is free. TMU GloRIA BioMED will sponsor the finger foods, and you can buy your own drinks in the paid bar.

Prior to founding ASLAN, Carl was Head of Asia Healthcare at Bank of America Merrill Lynch, supporting public and private financing of healthcare companies and advising on M&A transactions. Prior to joining the banking industry, Carl worked for AstraZeneca across various commercial and R&D roles, including Regional Business Development Director, Asia Pacific, and Director of New Product Development, China.
Carl is currently a member of Singapore’s Health and Biomedical Sciences International Advisory Council. He is an independent director of Exploit Technologies, a commercialisation arm of Singapore’s Agency for Science, Technology and Research (ASTAR), which supports ASTAR in its efforts to transform the economy by driving innovation and commercialising its research outcomes.

Previously, Carl was an independent director of Hong Kong listed Uni-Bio Sciences, a leading Chinese biopharmaceutical company engaged in the research, development, production and commercialisation of biopharmaceuticals for the Chinese healthcare market, where he served in such capacity from April 2014 to November 2017.